The goal of the R1b Basal Subclades R1b-M343 (P312- U106-) DNA Project is to investigate the history and distribution of the most upstream (or basal) clades of haplogroup R1b-M343 by developing the phylogenetic haplotree. The project is open to anyone tested to be M343+ P312- U106-. Click the Join button if you are eligible.

This project is sometimes called the ht35 project, a legacy of its early history.  The original goal of this project, when it was formed in 2007, was to facilitate the discovery of SNP markers that would help differentiate the old "ht15" type of R1b1a1a2 found primarily in western Europe from the "ht35" type of R1b1a1a2 found primarily in southeastern Europe and southwestern Asia.
The list of SNPs discovered by members of this project since then and especially since late 2013 is quite long. These discoveries have kept us busy, not least in a need to continually update the SNP names we use.
Project kits are placed in a subgroup based on a SNP haplogroup assignment or STR based haplogroup prediction. 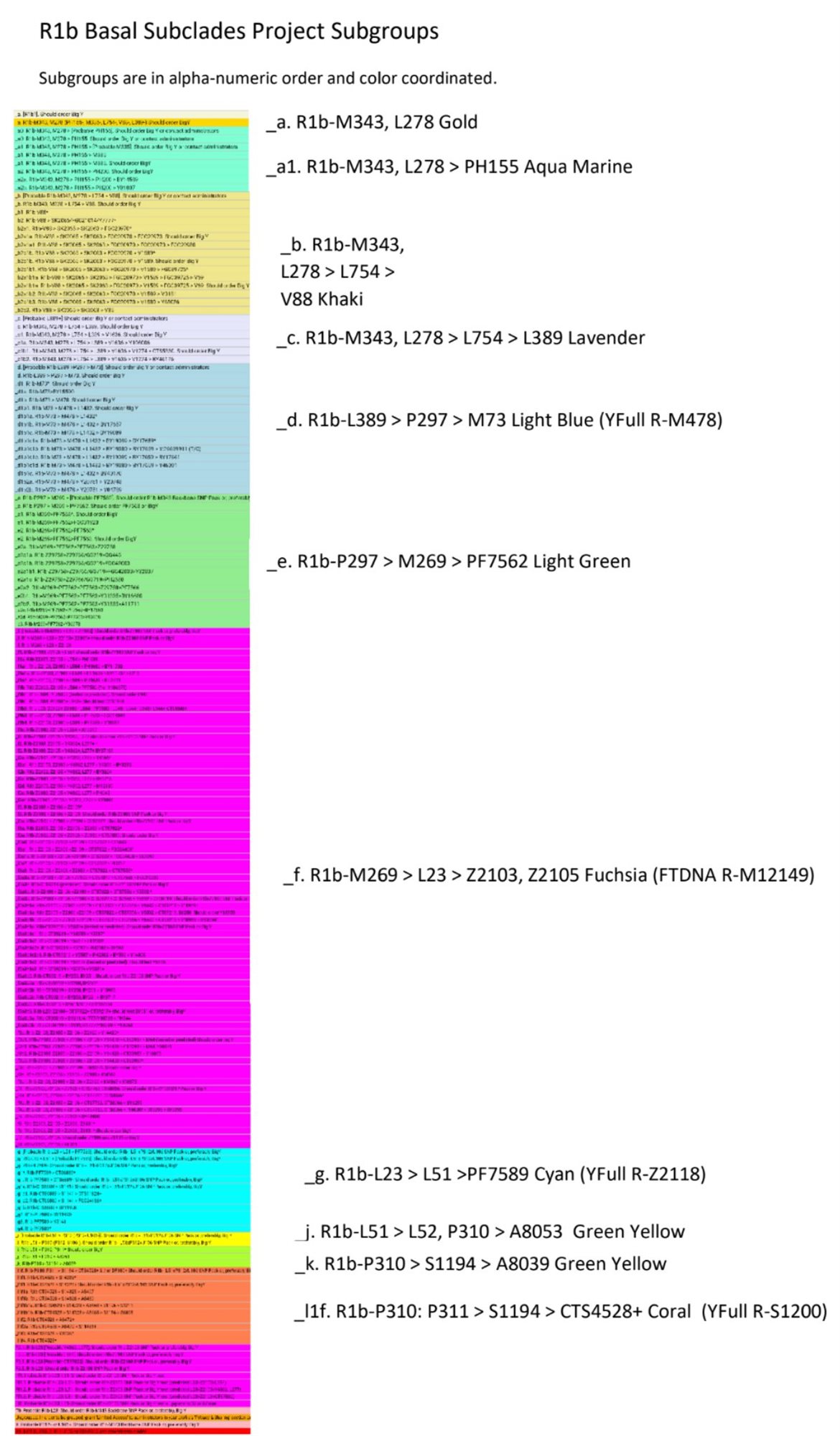