The majority of group members are (likely) R-L144, which has dbSNP id rs9306842 and whose associated Y Hapologroup is known at FamilyTreeDNA as R1b1a2a1a1b4e. (The ISOGG has recently renamed this to R1b1a2a1a1b3a4 in light of new official SNP discoveries)

"In the Genome Comparison Project, we've only seen two samples out of 700+ that are L144+"

In the spring of 2012, during the development of an SNP prediction tool,. Robert Casey performed an analysis of the 16 then known L144+ outcomes.

In the summer of 2012, our own surname group has confirmed more than a dozen new L144+ results thanks both to anonymous donors who funded a group discount for the advanced SNP test, and surname administrator James W. Green, who personally organized the details of the large group purchase. 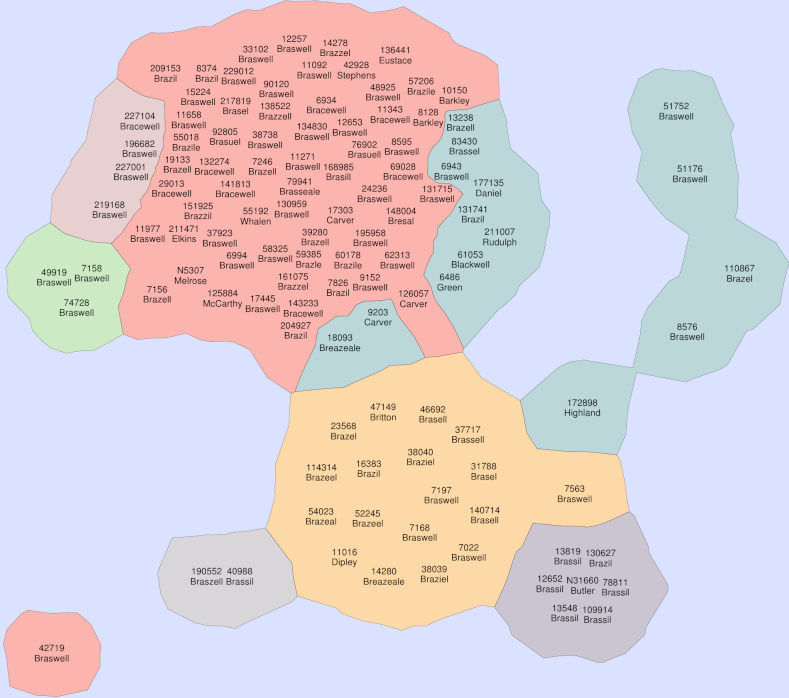