Launch of the Mannion DNA Project

The Mannion DNA Project was started in July of 2016 and was officially launched during the 2016 Gathering of the Mannion Clan in August 2016.

The next Gathering of the Mannion Clan has been scheduled to take place on Friday 19th and Saturday 20th August, in conjunction with National Heritage Week 2016. An evening of enlightenment and entertainment is planned for Friday 19th in Mannion’s Abbey Inn, Abbeyknockmoy, Co. Galway, where attendees will be treated to two short presentations on different aspects of the history of the Mannion Clan, to be followed by refreshments and live music and dancing. Saturday 20th will see a repeat of the very popular 2015 guided tour of The Mannion Clan Historical Trail, where the principal residential, ceremonial and burial sites associated with Clann Uí Mhainnín in late medieval and early modern times will be visited in turn. Our first two Clan Gatherings have been highly successful and very well attended events, and with the great interest that has been generated at home and overseas as a result, we anticipate another great Gathering of the Mannion Clan in 2016. Looking forward to meeting and greeting many old friends and new, so please put the above dates in your diary and join with fellow Mannions from around the world in celebrating our unique family history!

2019 Back to Our Past and Genetic Genealogy Ireland.  18-19 October, Dublin at the Royal Dublin Society (RDS) 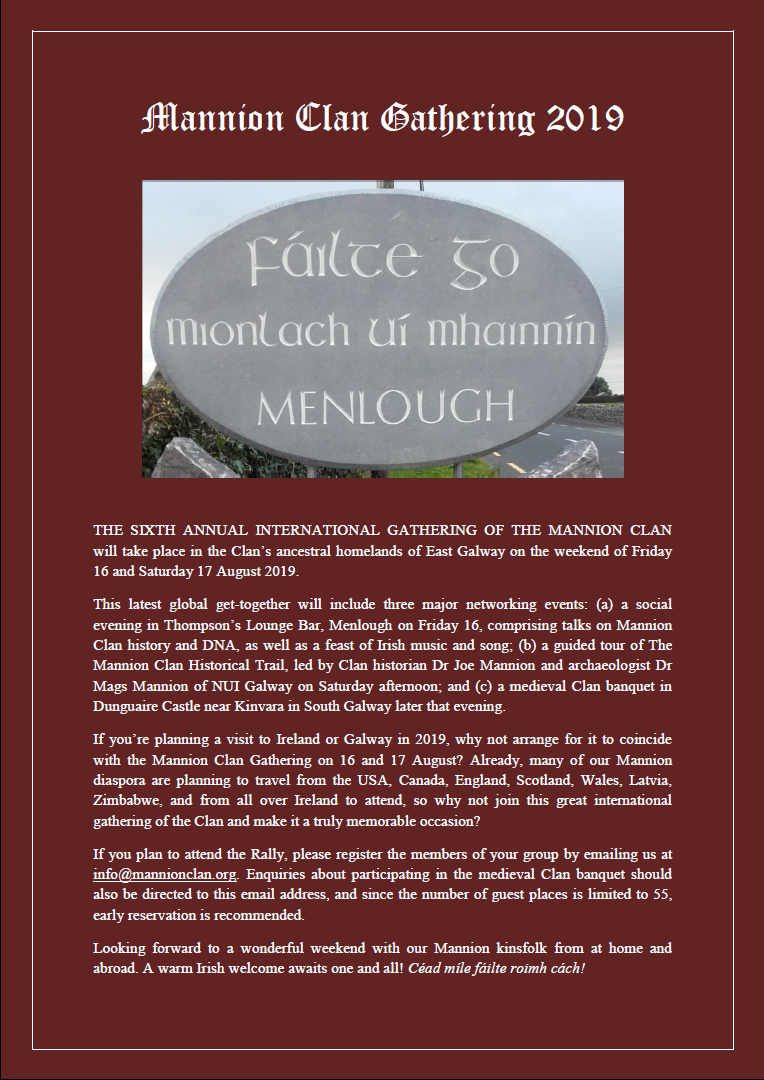