According to Rabbi Yaakov Kleiman (DNA & Tradition, The Genetic Link to the Ancient Hebrews): Did the Twelve Tribes of Israel really exist? If so, where are they now?

Today in Finland, according to some sources, there are approximately 1,500 Jewish people mostly in the Helsinki area. It seems that most of the earlier arrivals were through serving in the Russian Army of the day (around 1800) into what was then Sweden.  Because of the many obstacles placed in the way of the Jewish people, it becomes important that anyone joining this project states from where both his direct paternal male ancestor and his direct maternal female ancestor, came.  This will aid greatly in attempting to finally begin the major goal of this project.

This arrived in a recent  FINDMYPAST newsletter (my date 5 May 2016)
Getting started with Jewish family history
by Alex Cox
26 January 2015
Like any family history research, tracing Jewish roots can be a complex but highly rewarding undertaking. Those who do explore their Jewish heritage are likely to uncover a rich tapestry of history and culture along the way.
Start building your own family tree 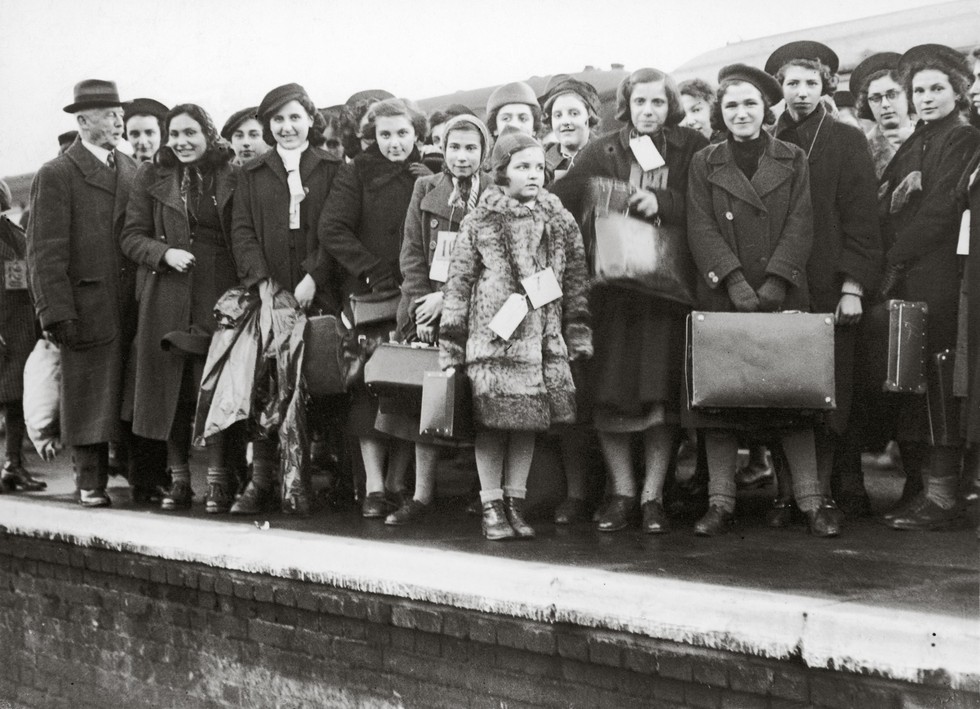 Spanning more than 8,000 years, Jewish history is one of the oldest in the world and the ethnic group's origins can be traced all the way back to early biblical times – although we'll be highly impressed if you manage to get your tree back that far! We've put together a few hints and tips to help you find out more about Jewish ancestry in Britain and get the most out of our records.

The Jewish people endured a turbulent history. They were taken into captivity by the Babylonians in the 6th century, lived under Roman occupation from 630 BCE to 324 CE, endured the Crusades and survived the unsettled Mamluk period.

From the 1880s through the early part of the 20th century, massive pogroms and harsh laws in Eastern Europe, once home to around 30% of the world's Jews, caused millions to flee to the United States and Britain. Then, during the middle of the 20th century, Adolph Hitler set out to systematically annihilate the ethnic Jews of Europe, triggering a horrific series of events that would dramatically impact the Jewish population as well as the rest of the world.

Massive pogroms and harsh laws in Eastern Europe, once home to around 30% of the world's Jews, caused millions to flee to the United States and Britain
Despite this troubled and sometimes tragic history, Jewish people who made Britain their home have had a hugely positive influence in the fields of science, culture and economy. Those searching for their Jewish roots are likely to discover that there are many bright moment in Jewish history that have left a lasting mark on British society.

We've put together five useful points to get you started with your Jewish family history research.

The best way to start investigating your families Jewish origins is to find out as much as you can from living relatives. Family members may know far more than you realise and it is significantly easier to find documents by confirming and building on known facts than it is to start from scratch. Keep talking to older relatives during the course of your research and keep them informed of any new discoveries you make, as these could trigger valuable memories and unearth forgotten details.

Censuses in England and Wales have been taken every ten years and, from 1841 to 1911, are available to search online. They are particularly useful as they identify all members of the household and specify the relationship of each household member to the head of household.

If you have information about someone who was alive in the UK at the time of the 1911 census, you should be able to find their parents, siblings, children, and maybe even grandparents. Census records not only provide you with names and relationships, they can also provide ages, places of birth, occupations, year of immigrations. Information is only as accurate as the knowledge of the person interviewed and the person's ability to communicate with the census taker, but if you get several years of census records, a consensus will develop.

If you have information about someone who was alive in the UK at the time of the 1911 census, you should be able to find their parents, siblings, children, and maybe even grandparents
Census records are also particularly useful as they cover a period of significant Jewish Immigration into the UK. Between 1880 and 1914, an estimated 120,000 Ashkenazi Jews (from Central and Eastern Europe) arrived in the UK having fled persecution in Russia and Poland. If you are able to find your Jewish ancestors in the 1911 census, it is likely that you will be able to trace the family's movements right back to their arrival in the UK.

Jewish people carried out a wide variety of occupations in late nineteenth century and early twentieth century Britain, but they were especially strongly represented in the garment trade. Large numbers of British Jews also worked as tobacconists, cabinet makers, shopkeepers and merchants in international trade and export.

As census records list occupation, they can provide further clues as to your family's Jewish heritage. If your ancestors were working in one of these professions and were based in an area of heavy Jewish settlement, it is fair to assume that they were members of the Jewish community. Examining the census returns of their neighbours may also provide further clues. It is also important to note that Jews were often listed as 'journeymen' in census records to indicate their migrant status.

Historically, many British Jews felt under pressure to assimilate and did so at the cost of their cultural identity. To ease assimilation and avoid the widespread “Germanophobia" of the early 20th century, many British Jews chose to Anglicize their family names. It may be possible to make an educated guess as to your family's original Jewish name, as most immigrants chose surnames that either alluded to their tribal identities, sounded similar to original spellings, or were simply shortened down versions so keep a close eye on how names appear across the various censuses.

5. Where did the Jewish population settle?

By 1919, the Jewish population had increased from 46,000 in 1880 to about 250,000, who lived primarily in the large industrial cities, especially London, Manchester and Leeds.

In London, Jews lived primarily in the Spitalfields and Whitechapel areas, close to the docks, and hence the East End became known as a Jewish neighbourhood. Manchester, and neighbouring Salford, were also areas of heavy Jewish settlement, particularly the Strangeways, Cheetham and Broughton districts.Unlike much of the Jewish community in Poland, the Jewish community in England generally embraced assimilation into wider English culture. They started Yiddish and Hebrew newspapers and youth movements such as the Jewish Lads' Brigade. Immigration was eventually restricted by the Aliens Act 1905, following pressure from groups such as the British Brothers League. The 1905 legislation was followed by the Aliens Restriction (Amendment) Act 1919.

You can find out much more about the Jewish population in Britain in our records. Why not look through our census records, our Manchester naturalisation records, or our collection of historic British Newspapers and see what you can discover about your Jewish ancestry?