Below Provisional classification for N-L1025 derivatives 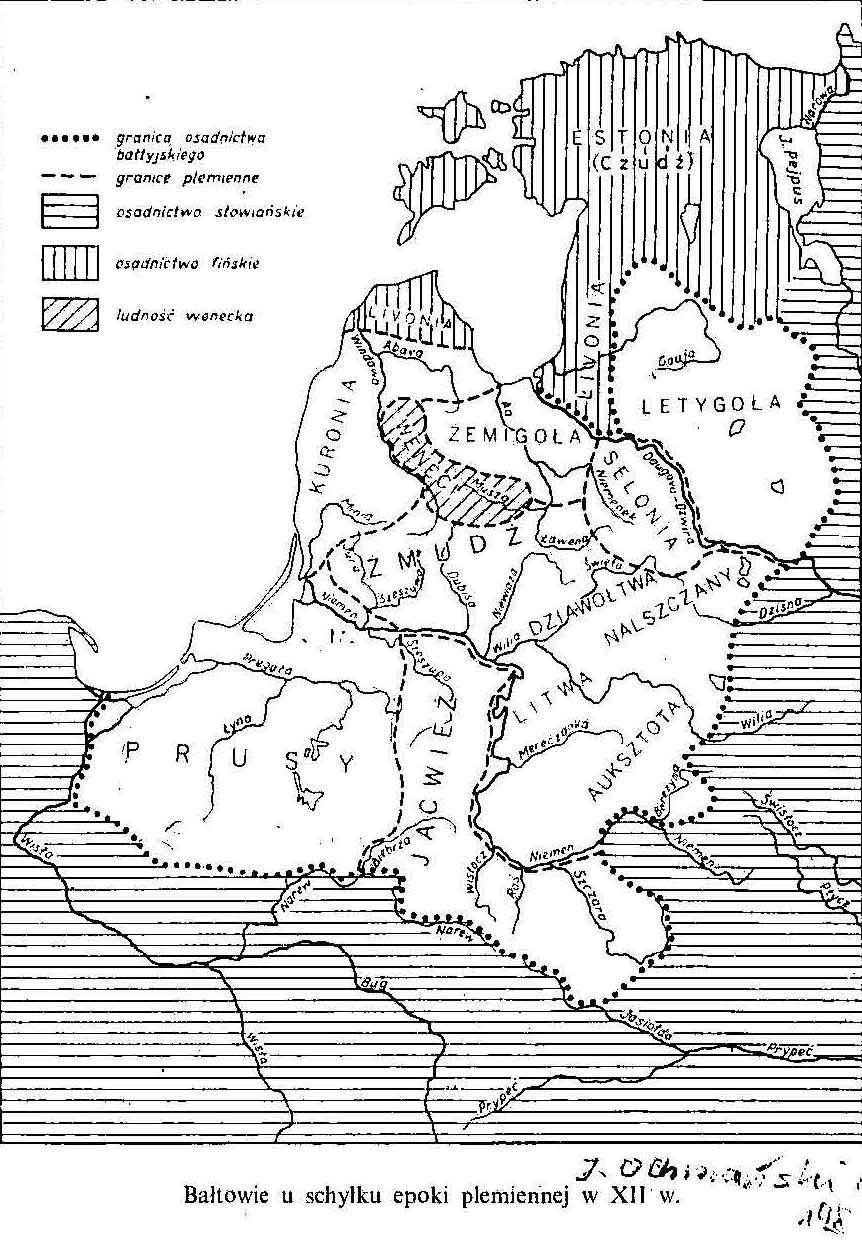 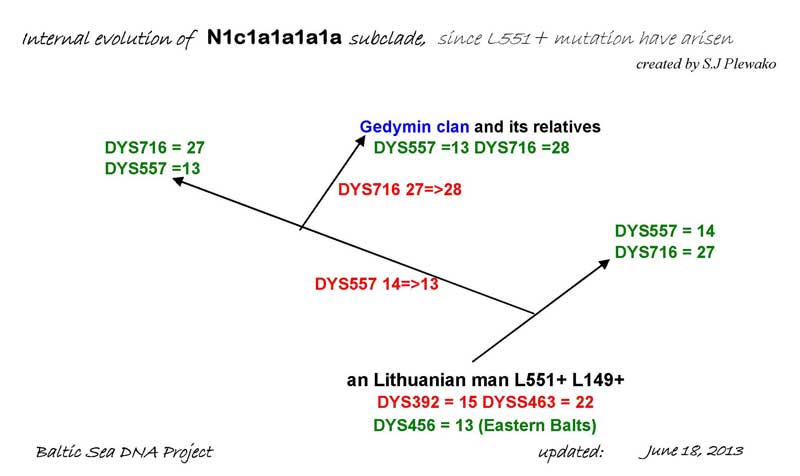 In my opinion the DYS557 mutation 14=>13  was the first step in splitting the subclade and thus making it a very important marker.
In the earlier work of Vladimir Volkov (2012, Nov.) this marker was not used in his calculations.

A mutation L1025+ discovered in February 2012 in FT DNA WTY Program participant distinguishes Baltic Tribes descendants from other representatives of the N-L550+ branch. This conclusion applies not only to the modern Balts: Lithuanians and Latvians - but also to the descendants of extinct tribes West Balts: Prussians, Curonians, Yotvingians, and even to the majority of this inhabitants of the modern Belarus, which belongs to N1C1 haplogroup. This is a present look for genetic evolution of Balts: 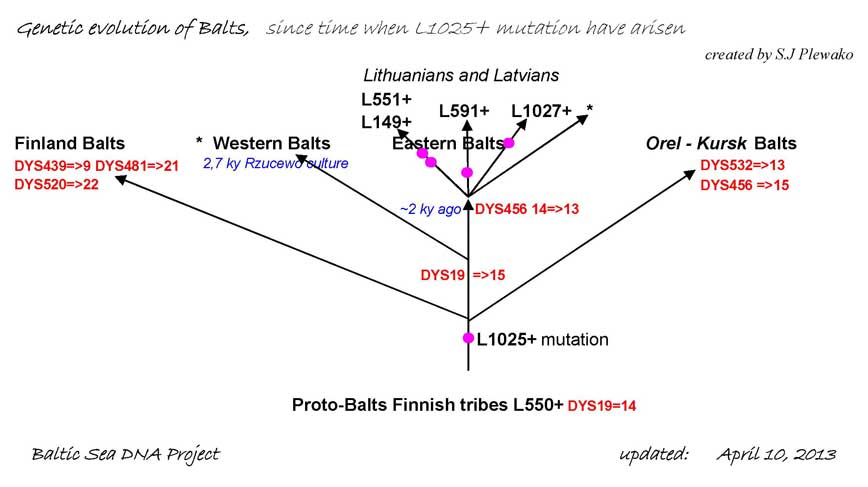 In 2014 results of BigY Survey Program give us a new portion of knowledge about a big and not structured up till now part of Slavic languages people I-L621 L147.2 CTS5966+ which are a remains of Venedi Peoples from Roman Empire period (see the location of the Venedi in the upper Vistula region and south of Polesian Lowland in times of the Roman empire under Hadrian (ruled 117-138), source http://en.wikipedia.org/wiki/Vistula_Veneti (see map below)

The current state of knowledge about the diversity within the group I-L621 L147.2 CTS5966+ is shown in ISOGG phylotree: http://www.isogg.org/tree/ISOGG_HapgrpI.html

It is divided between two or tree subclades: S17250 - majority of tested, and Y4460 possible a remnant of the Baltic Veneti, and maybe Z17855

Lack of geographical separation of Venedes caused mixed population and we are not able to predict on STR basis real SNP subclades.

But only inside of those subclades an STR analysis is valuable. So it is strong  recommendation for testing, S17250 at first. On the map: ВЕНЕДЫ = Vistula Veneti. I have identify those peoples as I2a-L621 haplogroup holders, of course in this era - with Slavic languages.